Trafalgar Entertainment acquire HQ Theatres. What does this mean for our regional theatres?

For the South-East region this is an exciting opportunity for two successful groups forming a new relationship to combine strengths and reach audiences with a renewed energy. The chance to provide creative and cultural growth is fitting during the current times and sits well with initiatives already under development in the Thames Estuary Production Corridor.

“My team and I built HQ from small beginnings to be a major player in the UK theatre and live entertainment sector. I am delighted that the journey will continue for the team through this collaboration with Trafalgar Entertainment to further develop HQ, the business I founded. This is not so much the end of an era as the beginning of an exciting new chapter for HQ, together with the company’s producer and local authority partners.”

HQ Theatres & Hospitality is the second largest owner and operator of provincial theatrical venues in the United Kingdom.

Formed in 2006 as a collaboration between Qdos Entertainment and Hetherington Seelig Theatres. In August 2006, HQ Theatres was chosen by Southend-on-Sea Borough Council to run the operation and management of the Cliffs Pavilion and Palace Theatre venues in Westcliff-on-Sea, under the brand of Southend Theatres.

In October 2007, Qdos Entertainment announced a major expansion, acquiring Hetherington Seelig Theatres and becoming the UK’s third largest and fastest growing owner and operator of provincial theatrical venues. In addition to Southend Theatres the group also operate the Orchard Theatre in Dartford, and the Watford Colosseum.

The M25 circuit provides access to other venues which include G-Live in Guildford, the Churchill Theatre, Bromley, the Swan in High Wycombe and the Beck Theatre in Hayes, Middlesex.

“HQ Theatres is a fantastic business and on behalf of the team at Trafalgar Entertainment, we’re thrilled to be partnering with them for the future. It’s a credit to the whole team that they have navigated the recent closure period so successfully and are poised to emerge intact and well placed for future growth as the sector rebuilds. Our aim is to add value and investment, through Trafalgar Entertainment, to their portfolio of venues to accelerate growth and to build the business. But of course, HQ will continue to do what it does best – offering a premium live theatre and entertainment experience – complemented with an industry-leading food and drink offer – to theatregoers up and down the country.”

It is significant that during such incredible and unpredictable times, the theatre sector is demonstrating again how vital the live arts are for audiences, and the confidence gained from a secure business model based on the combined experiences of those at the helm.

Sir Howard Panter has revealed plans for returning his old haunt, The Churchill Theatre in Bromley to a producing house. In 1995 Panter and Squires Ambassadors Theatre Group emerged as a major tour-de-force for theatre in London and across the regions, including Bromley, until in 2016 saw a buy out and change of roles for the ATG founders, although they retained non-executive positions. It was during this time they acquired the Trafalgar Studios, which today boasts a recent refurbishment and conversion into a single larger venue from the previous smaller spaces.

The Ambassadors Theatre Group developed a taste for growth, and in 2000 they buy seven West End theatres. In 2002 a subsidiary company is formed with Sonia Friedman, but it is seven years later that a bold move is successful in securing all sixteen of Live Nation’s UK venues to become the largest theatre operator. Beyond the UK shores, ATG secured deals for venues in Sydney, and Broadway. By the end of this lucrative spending round the group had now acquired forty-six venues worldwide.

For our Essex and North Kent venues this new venture will bring security and opportunity. The Backstage Centre, South Essex College and the National College for Creative Industries have successfully trained young workers who have been employed across HQ Theatres and Trafalgar Entertainment venues over the last ten years, and we wish everyone the greatest success.

“Today’s announcement is a vote of confidence for our business and for the sector as a whole. It is also an acknowledgment of the extraordinary commitment, dedication and hard work of the entire HQ team. After a tumultuous 2020 this partnership will help to fast-track our recovery plans and offers a range of exciting opportunities for the development of HQ Theatres in the future.”

What does this mean for our regional venues?

In the first instance is security. Venues up and down the country have had to make difficult decisions, some clinging on by their nails to survive. HQ Theatres have stood firm, and the new venture can only reinforce that strength across its eleven venues.

The deal will also bring some calm. One of the major impacts from the pandemic has been programming tours and the supporting supply chain becoming active again. Which is not as easy as you may think. A calm head, and careful eye is required, and comes from experience.

Theatres programme their seasons many months, and sometimes years, ahead of the performance dates. The impact for bookers, agents and venue managers has been constant re-scheduling, finding suitable availability and also not spiralling the tour logistics into a cross-country wide driving festival with time-wasting long journeys between dates! For a producer this can be very expensive.

At the Backstage Centre we have supported rehearsals and pre-tour production across the entertainment sector and look forward to working with our clients again after such a long period of inactivity in this sector.

And finally, the single factor on everyone’s mind concerns safety at our venues. The theatre industry has put together detailed plans, introduced safe working practices, streamed performances, and looked at each of their venues to work out how they can open the doors again and give audiences confidence in this era of post-pandemic planning. For the near three-hundred thousand workers the theatre sector employed prior to March 2020, this has never been more important to our cultural and creative economy. 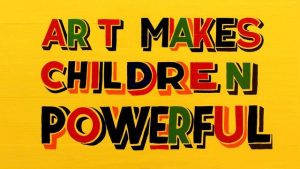 Hot off the press..METAL Arts 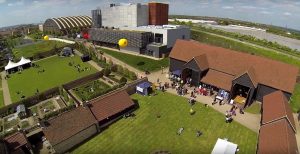 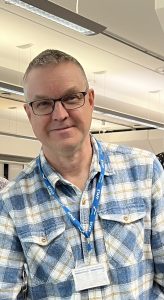 We wish you well, Colin…. 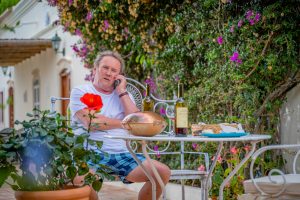