What does a 70’s Prog Rock icon, Anthony Burgess and the Yorkshire Sculpture Park have in common, I hear you ask?

Founder and front man for 80’s new wave and synthpop band Fiat Lux, Steve Wright, spoke with The Backstage Centre about his music, and career.

In the early 1980’s, Steve Wright was working with the up-and-coming theatre company the Yorkshire Actors, a troupe of performers, writers and creatives formed from their cohesive years whilst training as actors, teachers, musicians and artists at Bretton Hall College, near Wakefield, and home to the Yorkshire Sculpture Park. (There you go, that’s one of the questions answered already!)

Yorkshire Actors were working on some great theatre, Anthony Burgess’s ‘A Clockwork Orange’ (…well guessed, that’s the second!), Fritz Lang’s ‘The Cabinet of Dr Caligari’, and new to the company, hot from a successful six-year career with art-rock and prog rock outfit Be Bop Deluxe, came singer/songwriter and frontman Bill Nelson. (….and there’s another one to complete your first question!)

Bill provided uplifting and theatrical music scores, and it was during this time that Steve and Bill became friends, and soon to be colleagues.

The theatre company contained emerging talents, many now established as performers and writers and included one of the UK’s most performed playwright’s, John Godber, himself a former Bretton Hall alumnus.

The meeting between Bill and Steve was to change things, and an almost ‘sliding doors’ moment in life was to open a new chapter.

As Yorkshire Actors began to work on a new production of ‘Beauty and the Beast’, it soon became apparent that in their next production there wouldn’t be a role for Steve, and he would have to begin looking for new opportunities. During a break in rehearsals, Bill asked Steve what he was hoping to do next? Steve had performed in bands, and prior to joining Yorkshire Actors he worked with David P Crickmore’s new wave band Juveniles.

“I dunno, thought I might try a music career again”, recalls Steve, to which Bill asked to hear a demo tape, and he would see what he could do.

On hearing what was to become their debut single ‘Feels Like Winter Again’, Bill agreed to produce the band under his new label Cocteau records despite being under contract to the EMI Harvest label.

The original trio, which included Bill Nelson’s brother Ian, was active from 1982 to 1985, and enjoyed passionate support from Annie Nightingale and other BBC Radio 1 DJs such as Peter Powell, Janice Long and Kid Jenson.  TV appearances included BBC ‘s ‘The Old Grey Whistle Test’, the German Top of The Pops ‘Music Laden’, and a dedicated hour-long Channel 4 TV special.

First time around, many people were left wondering why the act imploded before reaching the full potential that the media had predicted for them.

‘Feels Like Winter Again’ gained the band radio airplay and led to them signing a record deal with major label Polydor, and subsequent support slots with Howard Jones. The band had minor UK chart hits with ‘Secrets’ and ‘Blue Emotion’, which were followed by the mini album ‘Hired History’ in August 1984. There was also a long format video release ‘Commercial Breakdown’, which included live versions of the shelved tracks for their debut full-length Polydor album.

Bands such as A-ha, and Black followed in their wake and “criminally underrated” and “lost in action” plaudits abounded during their disbandment but now they are unarguably back and in the process of putting all this right.

Crickmore departed after the chart failure of their fifth Polydor single release ‘House of Thorns’, and difficulties with the record label suppressing the release of their next album.

The band continued recording some songs with session musicians, including Rick Martinez (Richard Anthony Martinez) who had already played drums on some of their earlier works. They disbanded in 1985.

What happened to their music?

Their back catalogue would not be released by Universal Music until an intervention by Crickmore and new chums at Cherry Red Records to successfully recover the original masters.

With a healthier relationship restored with Universal, and the digital skills from Cherry Red, they set to work remastering their music at the legendary Abbey Road studios.

Their comeback single ‘IT’S YOU’ was voted one of the Best Songs of The Decade by The Electricity Club website; Universal Music have digitally released their 80’s back catalogue, while 2019 saw the launch of their first album of 21st century new material ‘Saved Symmetry’ to critical acclaim.

A Cherry Red Records retrospective set of their Polydor years ‘Hired History Plus’ hit the stores on CD and the lost 1985 Hugh Jones produced album ‘Ark Of Embers’ finally came out on vinyl to the delight of collectors.

To add to the excitement Fiat Lux returned to the live stage with successful festival appearances, including the Electric Dreams Weekender, where Steve Wright and David P Crickmore supplemented by Will Howard, ably taking the role of the late Ian Nelson, once again shared the stage with the likes of Blancmange and Howard Jones whom they had first toured with back in the 1980’s.

“It was quite daunting being on stage again after over thirty years, in fact, at the end of the first comeback gig, Dave did the ‘thank you to…’, and included me. He had continued performing his music, but for thirty odd years I had been working as a television director…not a performer”.

Steve and Dave soon found their rhythm for live performances, and hearing fans sing their lyrics again allowed them to re-live those 80’s years. This allowed them to reflect on what had been, and the battles that would lie ahead.

When the band went their separate ways in 1985, Wright decided to abandon the music industry to become a television director.

Crickmore dedicated himself to more experimental projects through the remaining 1980s, culminating in an album on the London-based independent record label, Yellow Moon Records, Lettuce Spay under the name This. During the 1990s he rediscovered his love of folk and roots music and became a founder member of The Durbervilles. From 2005 The Durbevilles became radio presenters with a weekly folk and roots show on BBC Radio Leeds.

For Steve, as for so many musicians, the last twelve months have been very difficult. Gigs cancelled, recording sessions logistically problematic and a brain and heart full of songs that needed sharing had to find alternative measures. Which is exactly what they achieved with the appropriately titled single ‘(How will we ever) Work This Way’.

Technical challenges weren’t going to stop them, and the video was recorded using their own technologies – mobile phones. The ultimate social distancing! And added to the mix was legendary drummer Rusty Egan providing his expertise on the remix. Rusty Egan is the former drummer for the British new wave band Rich Kids. They were founded by former Sex Pistol Glen Matlock, with Steve New and fronted by Jim ‘Midge’ Ure, from their inception in March 1977 to their disbanding in December 1978.

Thanks, Steve, for a great interview, and from all of the team at The Backstage Centre we wish Fiat Lux every success, and we can’t wait to hear you play again.

If you want to find out more on Fiat Lux and their music, you can find everything on their website at http://www.fiat-lux.co.uk/

Steve Wright was interviewed by Brian Warrens on the 11th February 2021. 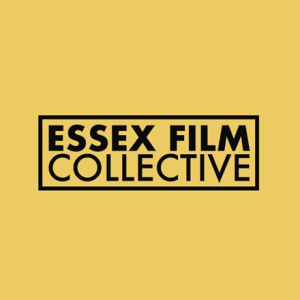 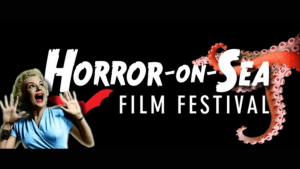 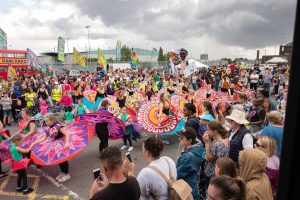 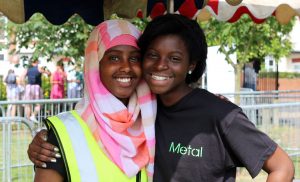